Martin Amis, The War Against Cliché

Buried in Martin Amis's memoir, Experience, is an anecdote about his old friend Christopher Hitchens. They've driven all the way to Vermont to visit Saul Bellow, Amis's hero, but the evening goes terribly wrong when the dinner conversation turns toward Israel. After 90 minutes of Hitchens's "cerebral stampede"—a tirade on the crimes of Zionism directed at one of America's Great Jews—"a silence slowly elongated itself over the dinner table. Christopher, utterly sober but with his eyes lowered, was crushing in his hands an empty packet of Benson & Hedges. The Bellows, too, had their gazes downcast. I sat with my head in my palms, staring at the aftermath of the dinner. . . . My right foot was injured because I had kicked the shins of the Hitch so much with it."

This set piece dramatizes the differences between the two chums. Where Amis exalts literary genius (incarnated by Bellow) and believes "there are times when manners are more important than [political differences]," Hitchens values truth and justice over all else—including tact and the feelings of his best friend. You don't have to squint too hard to see the bonds between Hitchens and Amis. They both came of age in early-'70s London and worked together on The New Statesman, a then influential left-wing magazine. Britain's champagne socialists hadn't really shed their traditional disdain for pop culture yet; this was the last generation for whom Keats would still beat Dylan in a culture clash. For young guns like Chris and Mart, it must have been a befuddling moment. In The War Against Cliché, Amis writes of his early years as an assistant at the Times Literary Supplement: "Even then I sensed a discrepancy, as I joined an editorial conference . . . wearing shoulder-length hair, a flower shirt, and knee-high tricolored boots . . . but I always had about me my Edmund Wilson—or my William Empson."

Both men have retained their reputations as enfants terribles, probably perpetuated by their cruel-lipped, scowly poses in publicity photos. Looking at this essay collection, however, it's clear that Amis was always more considered and considerate than his angry young man aura suggests. With a title like The War Against Cliché, you expect Amis to sharpen his spiky prose on the soft underbellies of hapless authors. Yet that sneer has vanished along with his rotten teeth. War is peppered with small English cruelties, sure, and the occasional assassination (on Malcolm Lowry: "To make a real success of being an alcoholic . . . you need to be other things too: shifty, unfastidious, solipsistic, insecure, and indefatigable. Lowry was additionally equipped with an extra-small penis, which really seemed to help."). But this book also introduces us to a gentler side of Martin. "Enjoying being insulting is a youthful corruption of power," he writes in his introduction. "You lose your taste for it when you realize how hard people try, how much they mind, and how long they remember."

In some ways the book's aggressive-sounding title is apt—Amis is a warrior when it comes to language, declaring a fatwa on incorrect usage and poorly placed commas. He takes down his beloved J.G. Ballard for sloppy repetition and Iris Murdoch for her "train-wreck adjectives," while attributing Elmore Leonard's brilliance to his use of the present participle, and delectating over James Joyce's chewy, "reader-nuking" prose.

Amis's short book reviews aren't the best showcase for deep thinking; many feel stunted and swollen with plot description. The patchwork of pieces doesn't have the coherence of say, James Wood's recent collection, The Broken Estate, but Amis's prose combines a liveliness and vulnerability that's rare in criticism. There are a handful of authors he reviews numerous times over the book's 29-year span, and watching his opinions fluctuate and coalesce over the years is fascinating—like time-lapse criticism. When he actually has room to spread out—in his poignant, personal piece on Philip Larkin (a friend of his dad, Kingsley Amis) or the essays on "great books" like Don Quixote—his arguments inject charm and energy into fatigued subject matter.

His literary values are surprisingly traditional for a former lit thug, though. Who namedrops Leavis anymore? Amis repeatedly bemoans the influence of ideology on the critics and creators of literature. "Most literary criticism tends to point beyond literature towards . . . Marxism, or sociology, or philosophy, or semiotics," he complains in a review of Nabokov's lectures. "Nabokov points to the thing itself, the art itself." Amis also obsesses over the concept of talent until it becomes tedious: Novels only fail "when talent fails," "there is only one type of writing—that of talent," ad infinitum. Which sounds unarguable, except that the kind of people who go on about "genius" and complain about politicized readings (think Harold Bloom) tend to be cranky guardians of the canon. Somehow women and non-white writers rarely make it through the barricades. Give or take an Austen or Naipaul, The War Against Cliché is wall-to-wall white men: Its inadvertent argument is that talent is unequally distributed.

"Elitist" is a charge frequently hurled at Hitchens, too, but he mounts a hefty case for the defense in Letters to a Young Contrarian. The accusation "no longer has the power to sting me," he claims, explaining that since popular opinion is constantly manipulated by those in power, "one must therefore be willing to risk the charge of 'elitism' " in order to reveal truth to the duped masses. As far as Hitchens is concerned, there are slimier things to be than an elitist—a liar, for instance. Letters to a Young Contrarian is a short book based on Rilke's Letters to a Young Poet, with Hitchens addressing an imaginary student protégé who seeks advice on standing up to power. As deeply steeped in the Western canon as Amis, Hitchens leans heavily on quotes from dead sages like Zola, Bertrand Russell, and George Orwell. His erudition is dazzling, but you have to wonder if this plethora of literary references would really inspire a young wannabe revolutionary today; lyrics by Kathleen Hanna, Rage Against the Machine's Zach de la Rocha, or Mos Def would probably be more effective.

Letters shows Hitchens's best and worst sides. A born contrarian, he makes entertaining mincemeat of self-satisfied politicians, and shreds received ideas and media-spun consensus with a fearlessness that is invaluable in our mealy-mouthed punditocracy. But there are times when that innate oppositional streak seems purely knee-jerk. As much as one savored the callousness of his infamous phrase "the Spencer girl" to describe the newly deceased Princess Di, Hitchens was clearly blinkered by his own rationality, refusing to grapple with the real popular emotions behind the Diana cult.

The self-portrait that emerges in Letters is of Hitchens as a man's man: a lover, a fighter, someone as happy roughing it in a war zone as savoring fine wine in the company of famous dissidents. He's a swashbuckler who makes radicalism look macho (though obviously it doesn't have to be—plenty of activists have ovaries). Amis attests to Hitchens's combativeness in another Experience anecdote: He recalls going "mano a mano" with the Hitch when the latter deserted the lefties at New Statesman to work for Tory paper The Daily Express. Amis and Hitchens stood "looking implacably into each others eyes, squeezing [a wine glass] till it began to creak." Amis soon backed down, "Because I suddenly knew that he would not desist, not in a million years, and when we went off to Casualty together . . . Hitch would have no regrets, no regrets about that gashed palm, that missing finger. . . . "

Real politics, though, involve compromise, negotiation—methods for resolving conflict that are traditionally considered female, and ones that Hitchens rejects. He argues the usefulness of taking an extreme position and being "well-equipped . . . because if you are not then the 'center' will be occupied without your having helped to decide it or determine where it is." This looks fine on the printed page—but back in the real world of blood and sinew, we might do well to be more wary of collateral damage, more timorous of sacrificing limbs for principles.

Mocking machismo in The War Against Cliché, Amis disses Robert Bly's Iron John, with its calls to the warrior inside every man. He writes of Bly in terms that sound rather Hitchens-esque: a "strong personality" whose " 'hurricane energy' . . . sweeps all before it. Would you want to tell Zeus to take out the garbage? Would you want to ask a hurricane to wipe its feet on the mat?" Yet a footnote reports an encounter with Iron Bob himself after Amis had read this lecture at Harvard. "Standing tall, Bly asked me why I was so frightened of male grandeur. I wanted to say, 'because it's so frightening;' instead I shrugged and mumbled, feeling I had already answered his question." "Because it's so frightening"—such a sweet and startling admission, you almost miss it.

Hitchens's stridency and certainty will always be politically potent, but Amis's willingness to commit his vulnerability and confusion to the page ultimately makes him the more subtle and resonant writer. Letters is a primer on How to Be Christopher Hitchens. The War Against Cliché is a motley heap of literary judgments that nevertheless offers us a peek at the evolution of Martin Amis.

Posted by SIMON REYNOLDS at 12:16 PM No comments:

Posted by SIMON REYNOLDS at 10:10 AM No comments: 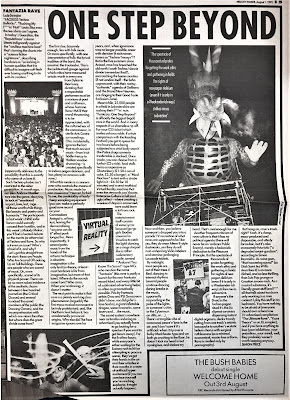 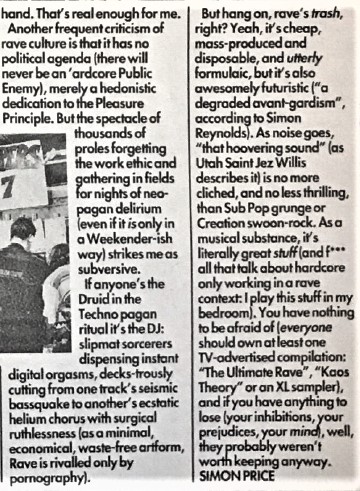 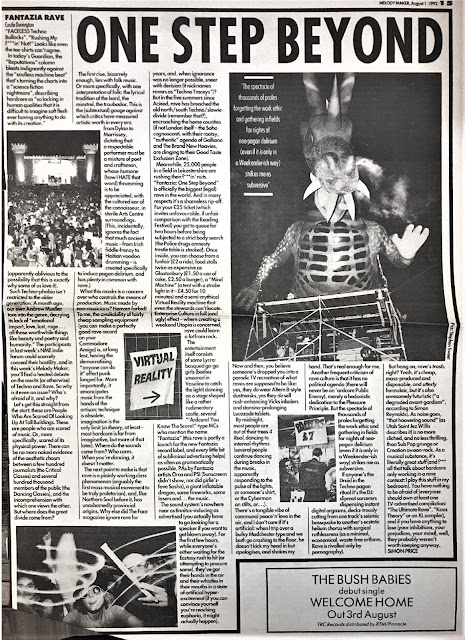 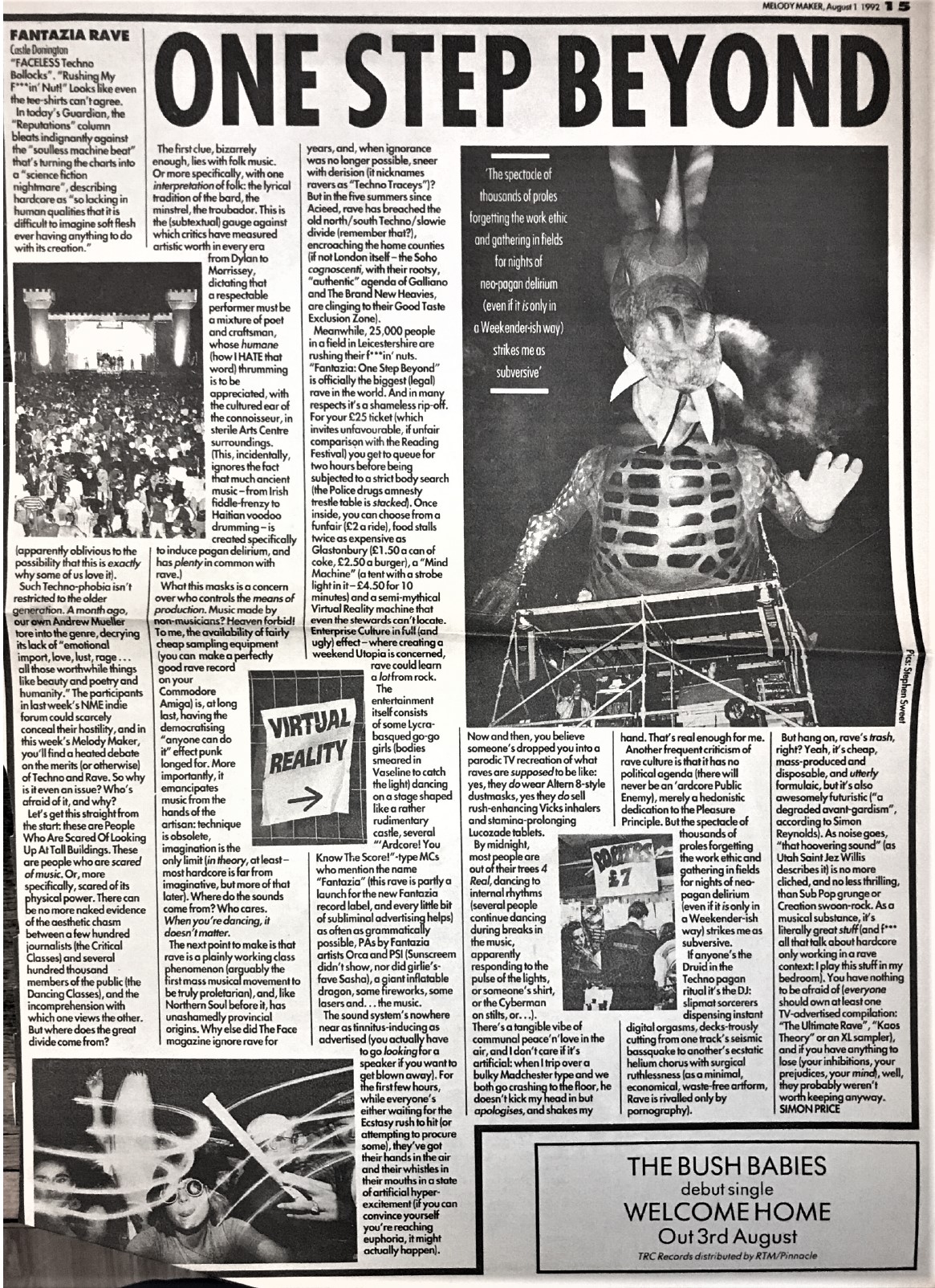 Posted by SIMON REYNOLDS at 1:57 PM No comments: 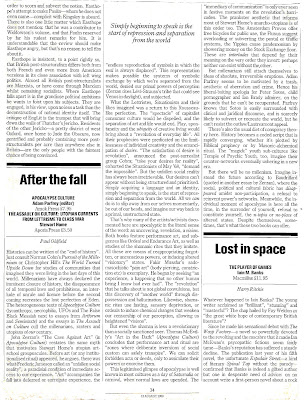 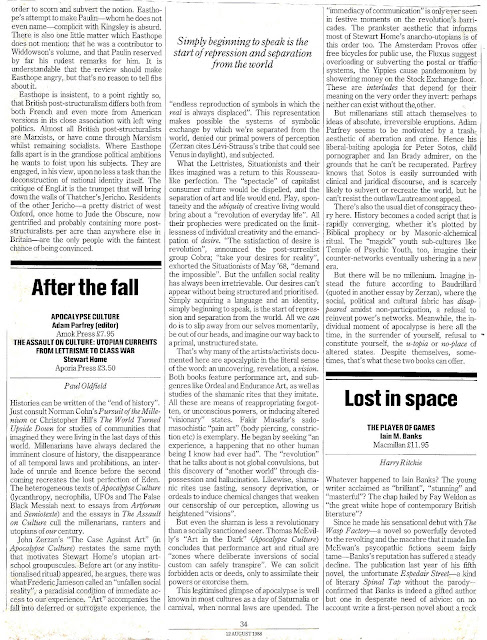 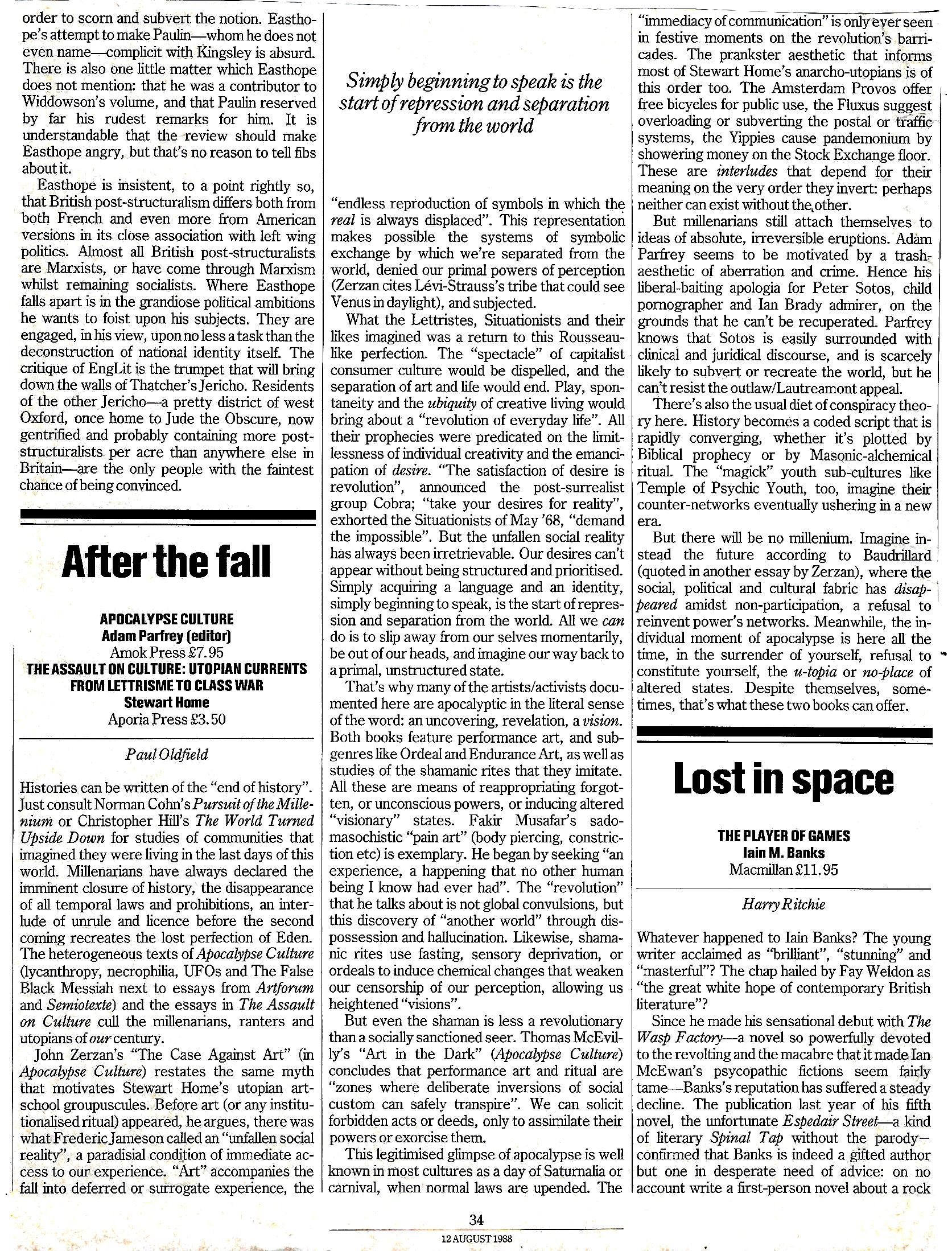 Posted by SIMON REYNOLDS at 1:03 PM No comments: 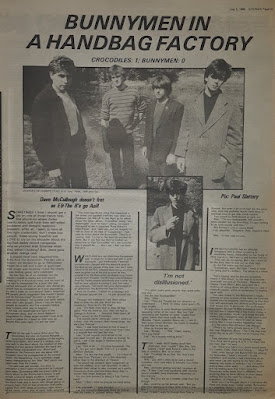 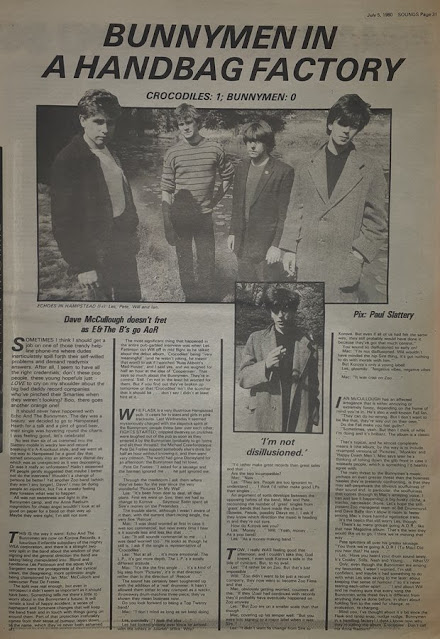 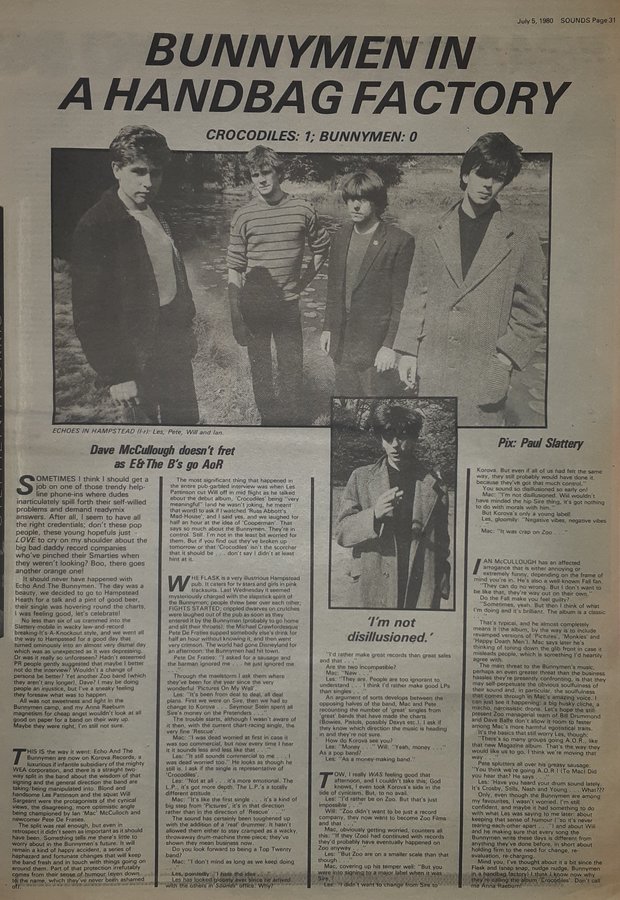 Posted by SIMON REYNOLDS at 1:00 PM No comments:

Posted by SIMON REYNOLDS at 12:38 PM No comments: 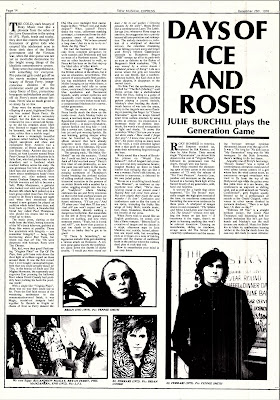 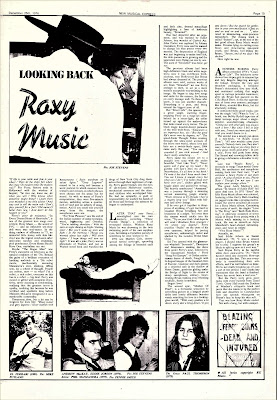 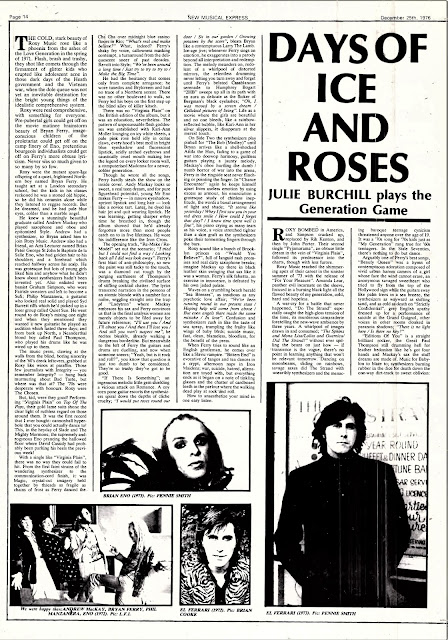 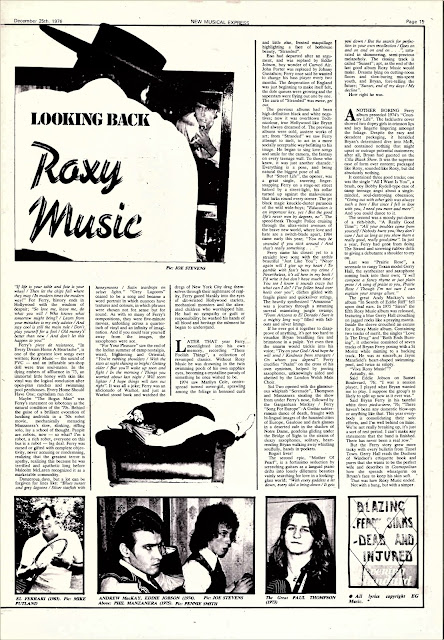 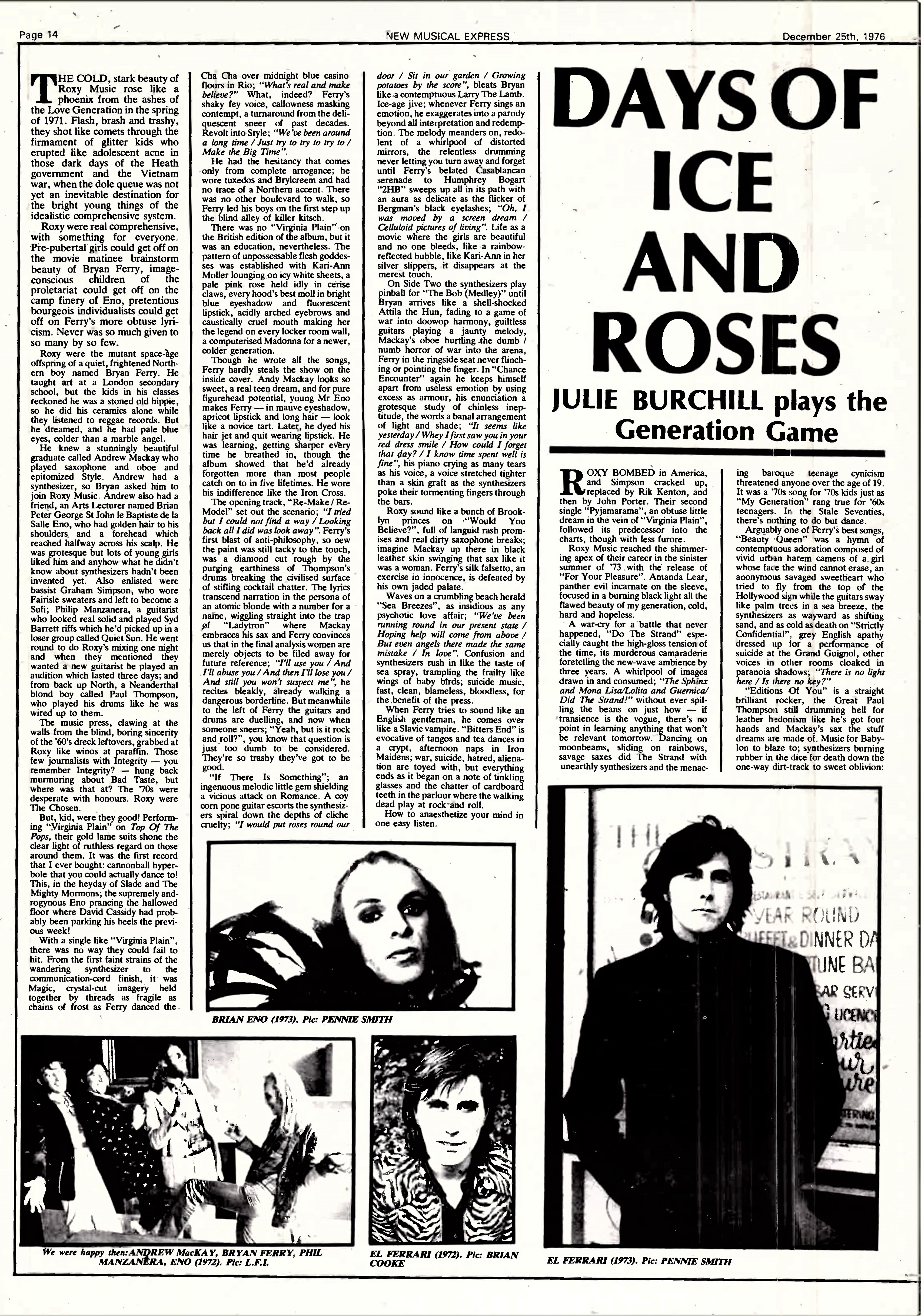 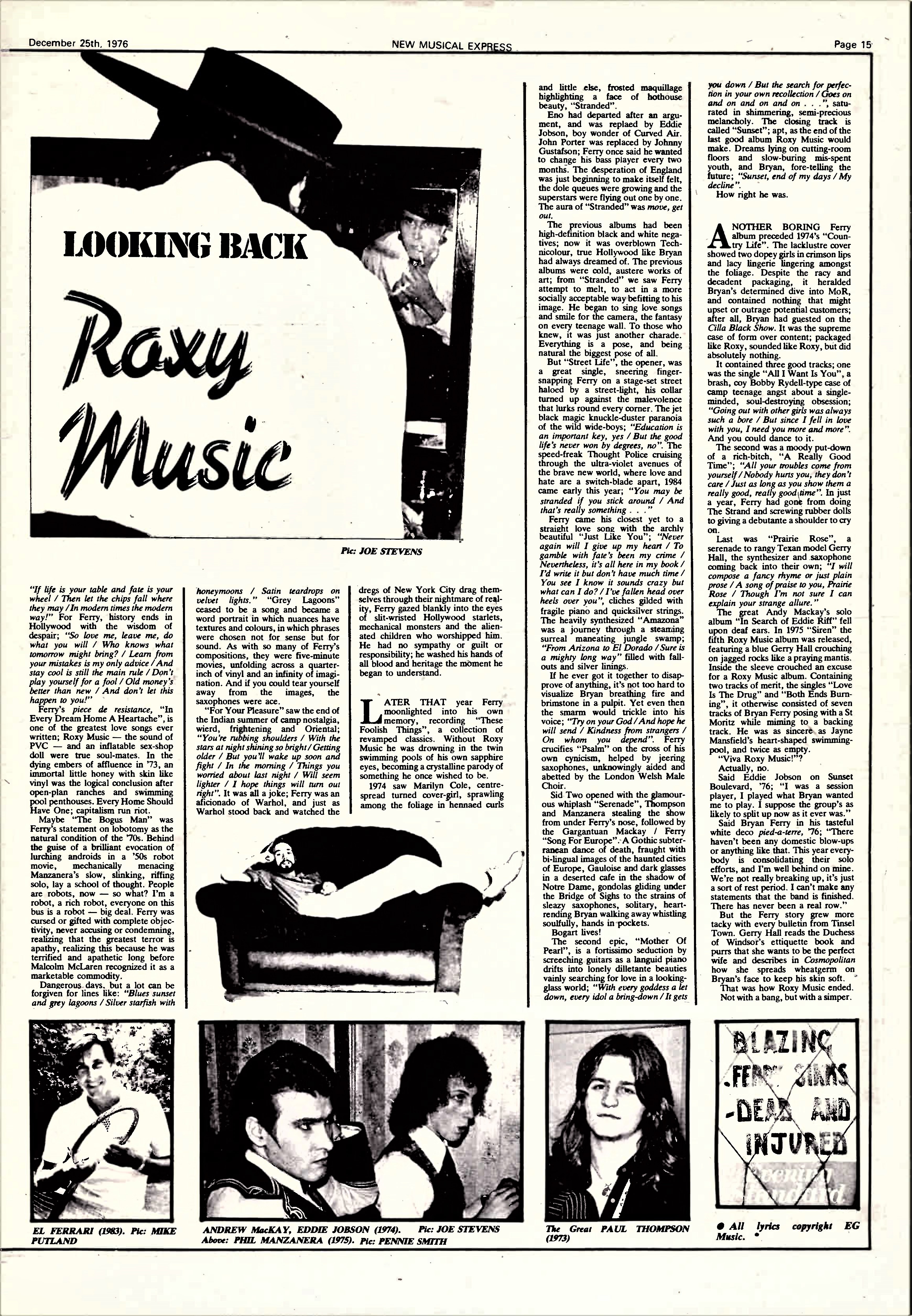 Posted by SIMON REYNOLDS at 9:27 AM 5 comments: I believe this is Mark Fisher's first piece ever published in a proper magazine (i.e. not a college magazine or renegade academic samizdat publication of his own creating). From 1994!
Posted by SIMON REYNOLDS at 6:35 PM No comments: 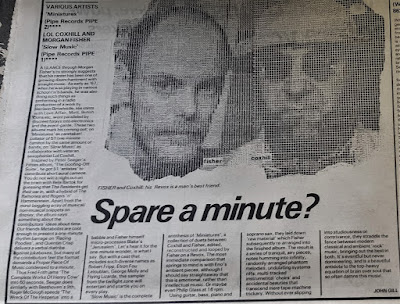 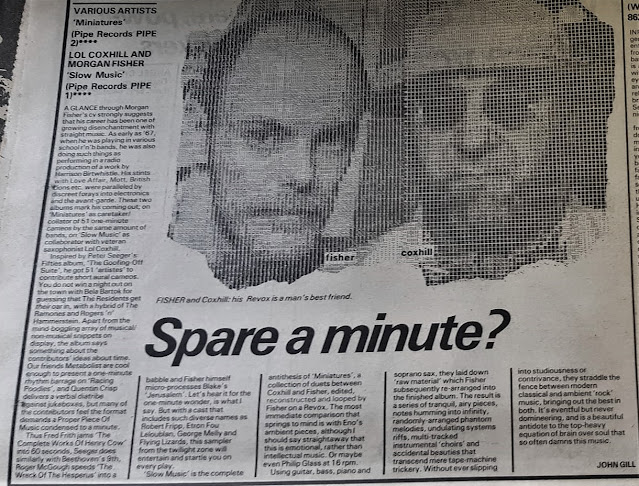 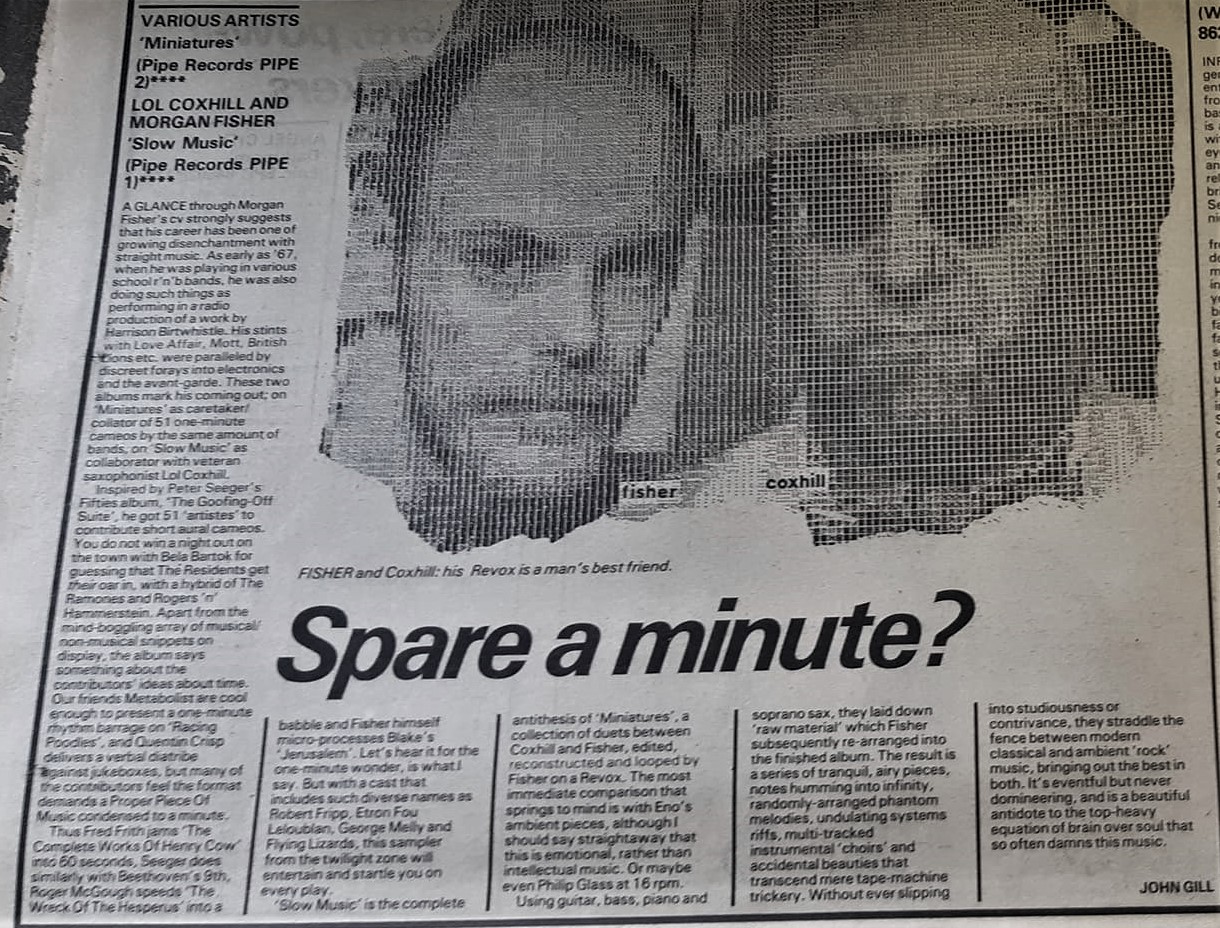 Posted by SIMON REYNOLDS at 3:40 PM No comments:

Posted by SIMON REYNOLDS at 7:52 PM No comments:

Richard Meltzer - The Clash (and PiL, and Throbbing Gristle, and The Fall) - Creem - September 1982 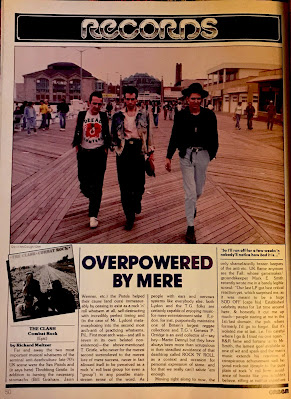 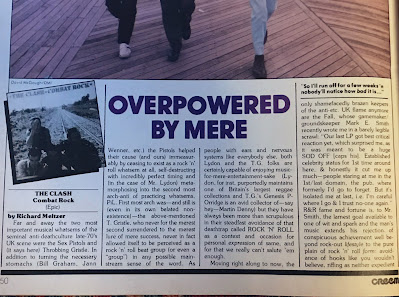 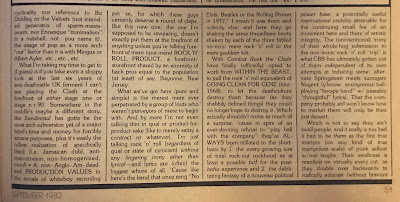 Posted by SIMON REYNOLDS at 11:53 AM No comments:

Posted by SIMON REYNOLDS at 2:45 PM No comments:

Posted by SIMON REYNOLDS at 10:38 AM No comments:

Posted by SIMON REYNOLDS at 2:53 PM No comments: