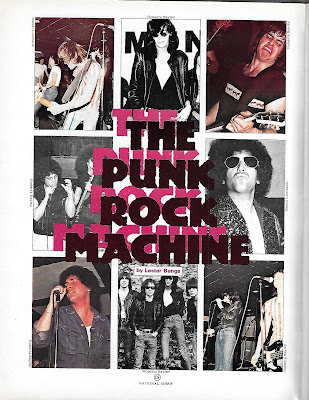 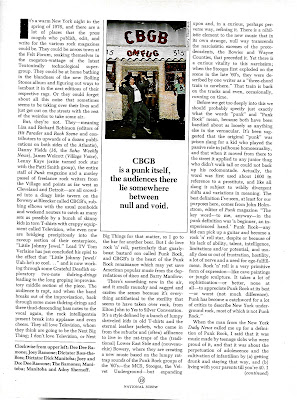 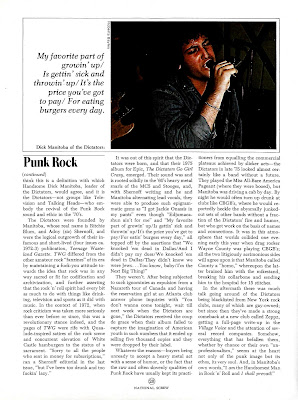 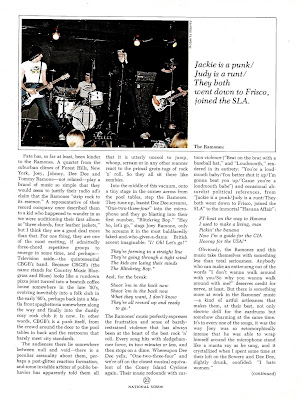 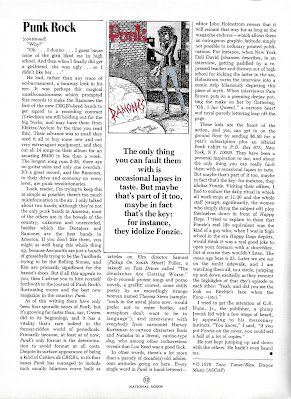 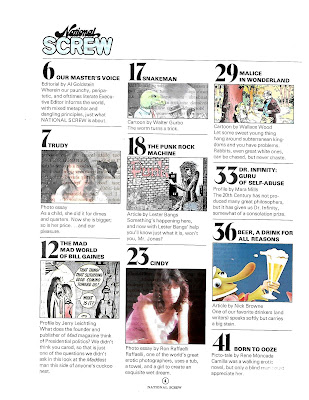 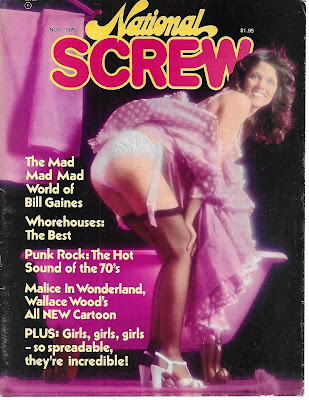 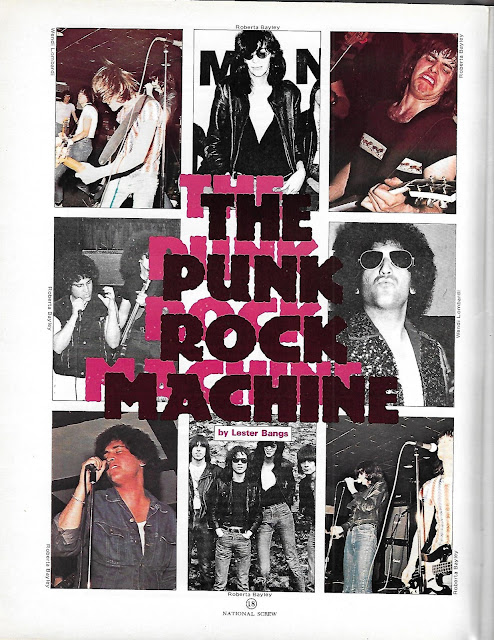 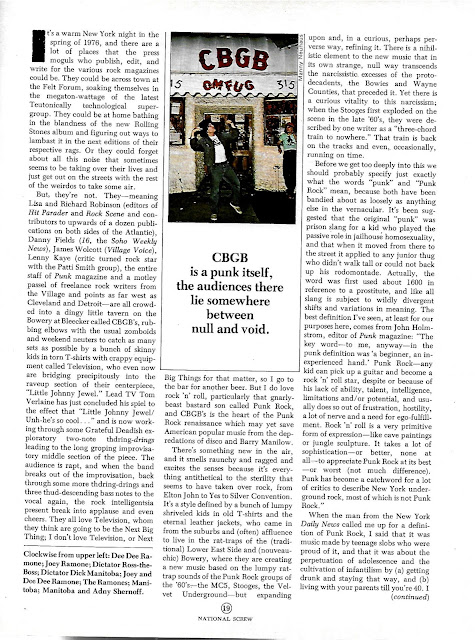 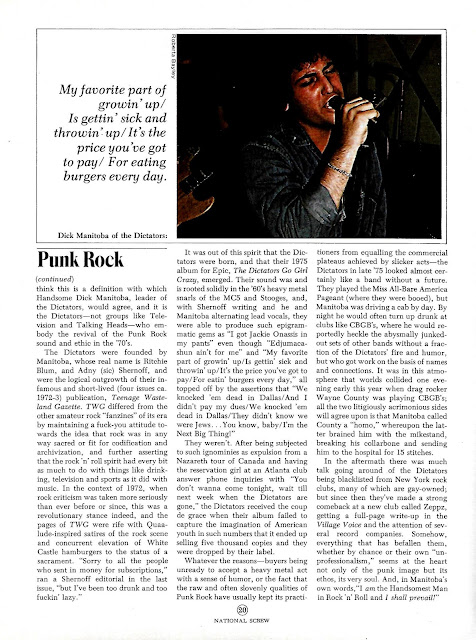 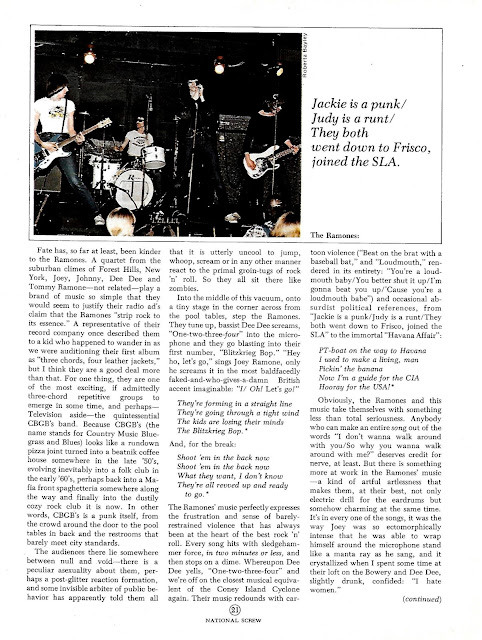 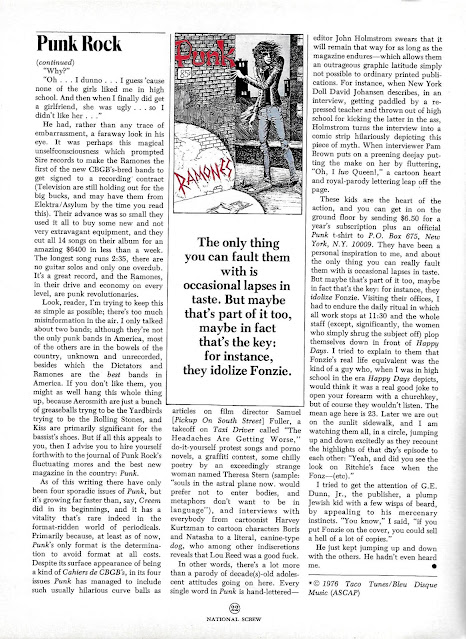 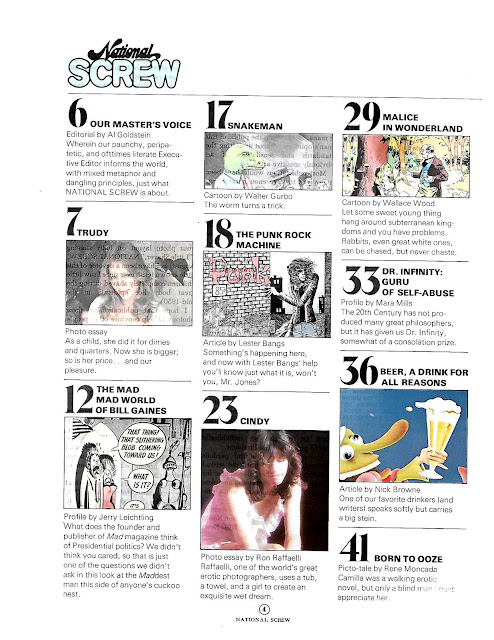 Posted by SIMON REYNOLDS at 1:04 PM No comments: 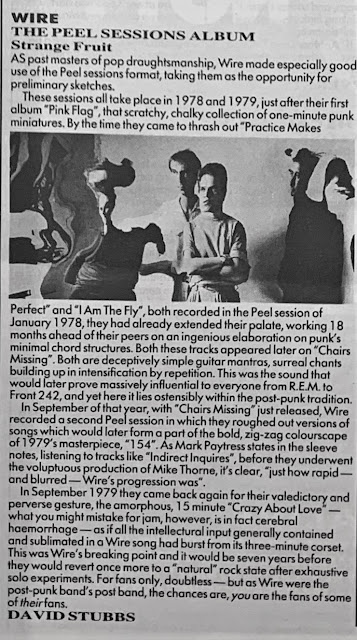 Posted by SIMON REYNOLDS at 10:53 AM No comments: 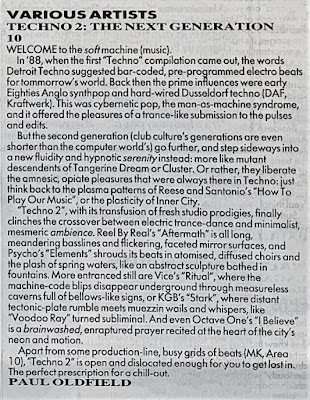 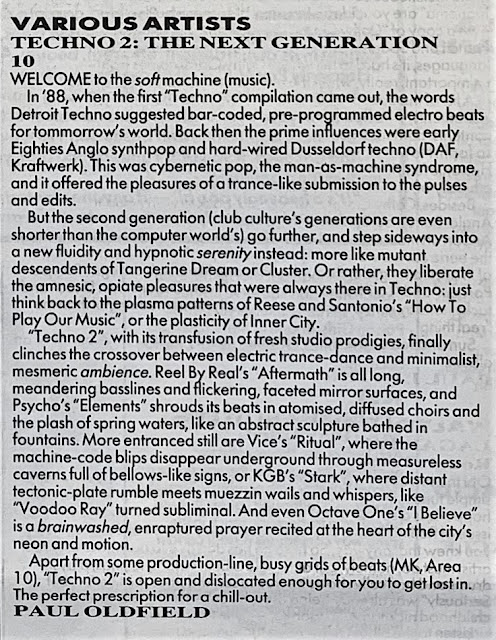 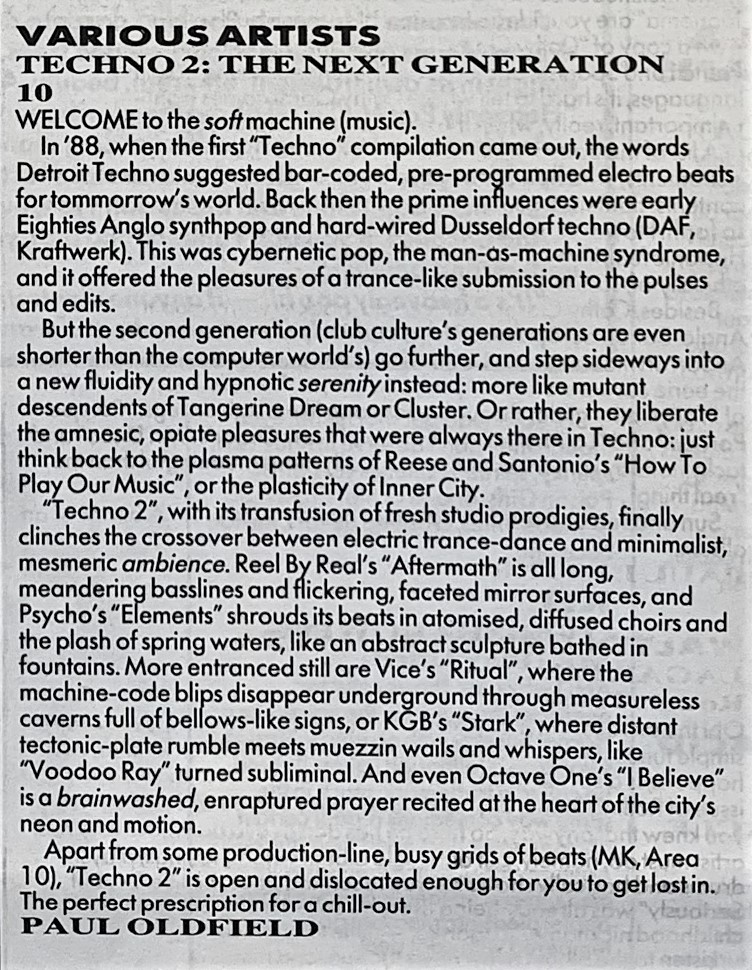 Posted by SIMON REYNOLDS at 9:19 AM No comments: 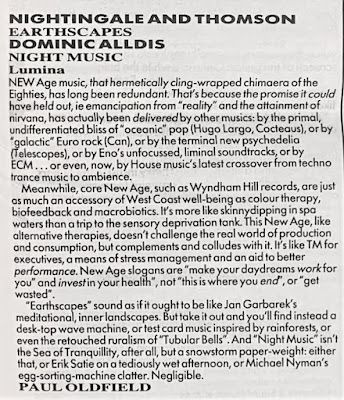 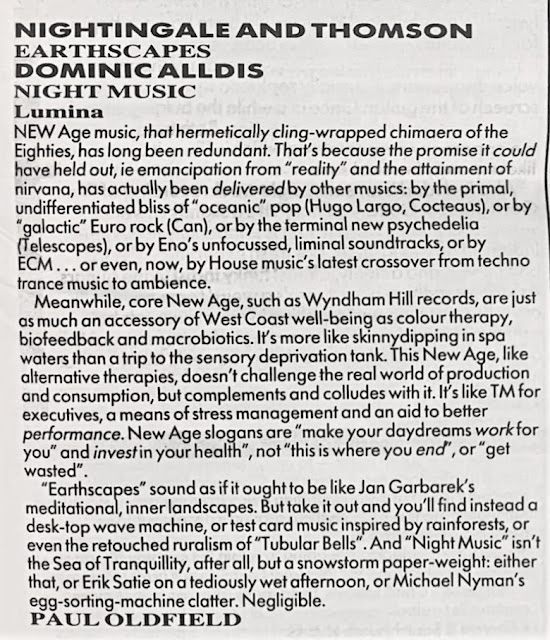 Posted by SIMON REYNOLDS at 3:54 PM No comments:

Posted by SIMON REYNOLDS at 5:12 PM No comments:

FROM A STOWAWAY IN AN ATTIC

I know a lot of coolies who suck and feed off the fact that they know about and (supposedly) enjoy unknown, obscure band of present and past. These coolies thrive on their own little discoveries like those tiny fish who attach themselves to bigger fish and parasitically feed off the hosts' droppings and burnt coffee.

The Raincoats were not very well known in the States - I don't know about the U.K. and Europe. In fact, I don't really know anything about The Raincoats except that they recorded some music that has affected me so much that, whenever I hear it I'm reminded of a particular time in my life when I was (shall we say) extremely unhappy, lonely, and bored. If it weren't for the luxury of putting that scratchy copy of The Raincoats' first record, I would have had very few moments of peace. I suppose I could have researched a bit of history about the band but I feel it's more important to delineated the way I feel and how they sound.

When I listen to The Raincoats I feel as if I'm a stowaway in an attic, violating and in the dark. Rather than listening to them I feel like I'm listening in on them. We're together in the same old house and I have to be completely still or they will hear me spying from above and, if I get caught - everything will be ruined because it's their thing.

They're playing their music for themselves. It's not as sacred as wire-tapping a Buddhist monk's telephone or something because if The Raincoats really did catch me, they would probably just ask me if I wanted some tea. I would comply, then they would finish playing their songs and I would say thank you very much for making me feel good.

Bonus Kurt bigging up the Raincoats (liner note to Incesticide)

A while ago, I found myself in bloody exhaust grease London again with an all-consuming urge to hunt for two rare things: back issues of NME rumored to be secretly hidden in glass casings and submerged in the fry vats of every kebab machine in the U.K.and the very-out-of-print first Raincoats LP.

The NME search was a clever, saucy upstart of an attempt to be, uh, nasty.  However, the Lord and Julian Cope himself know how we need, need, need, the NME to embrace the unifying hands of our children across this big blue marble and NIRVANA's tarty musical career.  So please bless us again -- we'll forever feed off of your high-calorie boggy turbinates.

In an attempt to satisfy the second part of my quest, I went to the Rough Trade shop and, of course, found no Raincoats record in the bin.  I then asked the woman behind the counter about it and she said "well, it happens that I'm neighbors with Anna (member of the Raincoats) and she works at an antique shop just a few miles from here."  So she drew me a map and I started on my way to Anna's.

Sometime later, I arrived at this elfin shop filled with something else I've compulsively searched for over the past few years -- really old fucked up marionette-like wood carved dolls (quite a few hundred years old).  Lots of them... I've fantasized about finding a shop filled with so many.  They wouldn't accept my credit card but the dolls were really way too expensive anyway.  Anna was there, however, so I politely introduced myself with a fever-red face and explained the reason for my intrusion.  I can remember her mean boss almost setting me on fire with his glares.  She said "well, I may have a few lying around so, if I find one, I'll send it to you (very polite, very English)."  I left feeling like a dork, like I had violated her space, like she probably thought my band was tacky.

A few weeks later I received a vinyl copy of that wonderfully classic scripture with a personalized dust sleeve covered with xeroxed lyrics, pictures, and all the members' signatures.  There was also a touching letter from Anna.  It made me happier than playing in front of thousands of people each night, rock-god idolization from fans, music industry plankton kissing my ass, and the million dollars I made last year.  It was one of the few really important things that I've been blessed with since becoming an untouchable boy genius.

It was as rewarding as touring with Shonen Knife and watching people practically cry with joy at their honesty.  It made people happy and it made me happy knowing that I had helped bring them to the UK.

It was as rewarding as the last Vaselines show in Edinburgh.  They reformed just to play with us in their home town, probably having no idea how exciting and flattering it was for us (and how nervous we were to meet them).

It was as rewarding as being asked to support Sonic Youth on two tours, totally being taken under their wing and being showed what dignity really means.

It was as rewarding as the drawings Daniel Johnston sent me, or the Stinky Puffs single from Jad Fair's son, or playing on the same bill as Greg Sage in L.A., or being asked to help produce the next Melvins record, or being on the Wipers' compilation, or Thor from T.K. giving me a signed first edition of Naked Lunch, or making a friend like Stephen Pavlovic -- our Australian tour promoter who sent me a Mazzy Star LP on vinyl, or playing "The Money Will Roll Right In" with Mudhoney, or having the power to insist on bringing Bjorn Again to the Reading Festival, or being able to afford to bring my friend Ian along on tour just to have a good time, or paying Calamity Jane five-thousand dollars to be heckled by twenty thousand macho boys in Argentina, or asking my friends Fits Of Depression to play with us at The Seattle Coliseum, or playing with Poison Idea at a No On Nine benefit in Portland organzied by Gus Van Zandt, or being a part of oen of L7's pro-choice benefits in L.A., or kissing Chris and Dave on Saturday Night Live just to spite the homophobes, or meeting Iggy Pop, or playing with The Breeders, Urge Overkill, the T.V. Personalities, The Jesus Lizard, Hole, Dinosour Jr., etc.

While all these things were very special, none were half as rewarding as having a baby with a person who is the supreme example of dignity, ethics and honesty.  My wife challenges injustice and the reason her character has been so severely attacked is because she chooses not to function the way the white corporate man insists.  His rules for women involve her being submissive, quiet, and non-challenging.  When she doesn't follow his rules, the threatened man (who, incidentally, owns an army of devoted traitor women) gets scared.

A big "fuck you" to those of you who have the audacity to claim that I'm so naive and stupid that I would allow myself to be taken advantage of and manipulated.

I don't feel the least bit guilty for commericially exloiting a completely exhausted Rock youth Culture because, at this point in rock history, Punk Rock (while still sacred to some) is, to me, dead and gone.  We just wanted to pay tribute to something that helped us to feel as though we had crawled out of the dung heap of conformity.  To pay tribute like an Elvis or Jimi Hendrix impersonator in the tradition of a bar band.  I'll be the first to admit that we're the 90's version of Cheap Trick or the Knack but the last to admit that it hasn't been rewarding.

At this point I have a request for our fans.  If any of you in any way hate homosexuals, people of different color, or women, please do this one favor for us -- leave us the fuck alone!  Don't come to our shows and don't buy our records.

Last year, a girl was raped by two wastes of sperm and eggs while they sang the lyrics to our song "Polly".  I have a hard time carrying on knowing there are plankton like that in our audience.  Sorry to be so anally P.C. but that's the way I feel.

Kurdt (the blonde one)

Posted by SIMON REYNOLDS at 3:33 PM No comments:

Posted by SIMON REYNOLDS at 7:13 PM No comments: 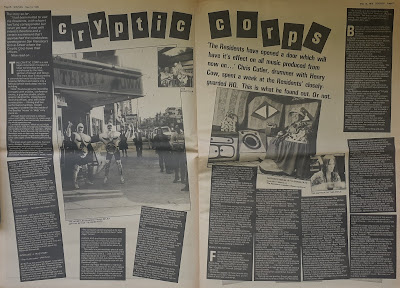 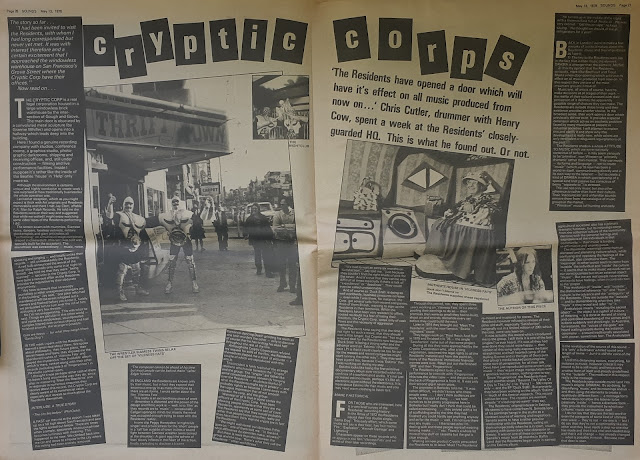 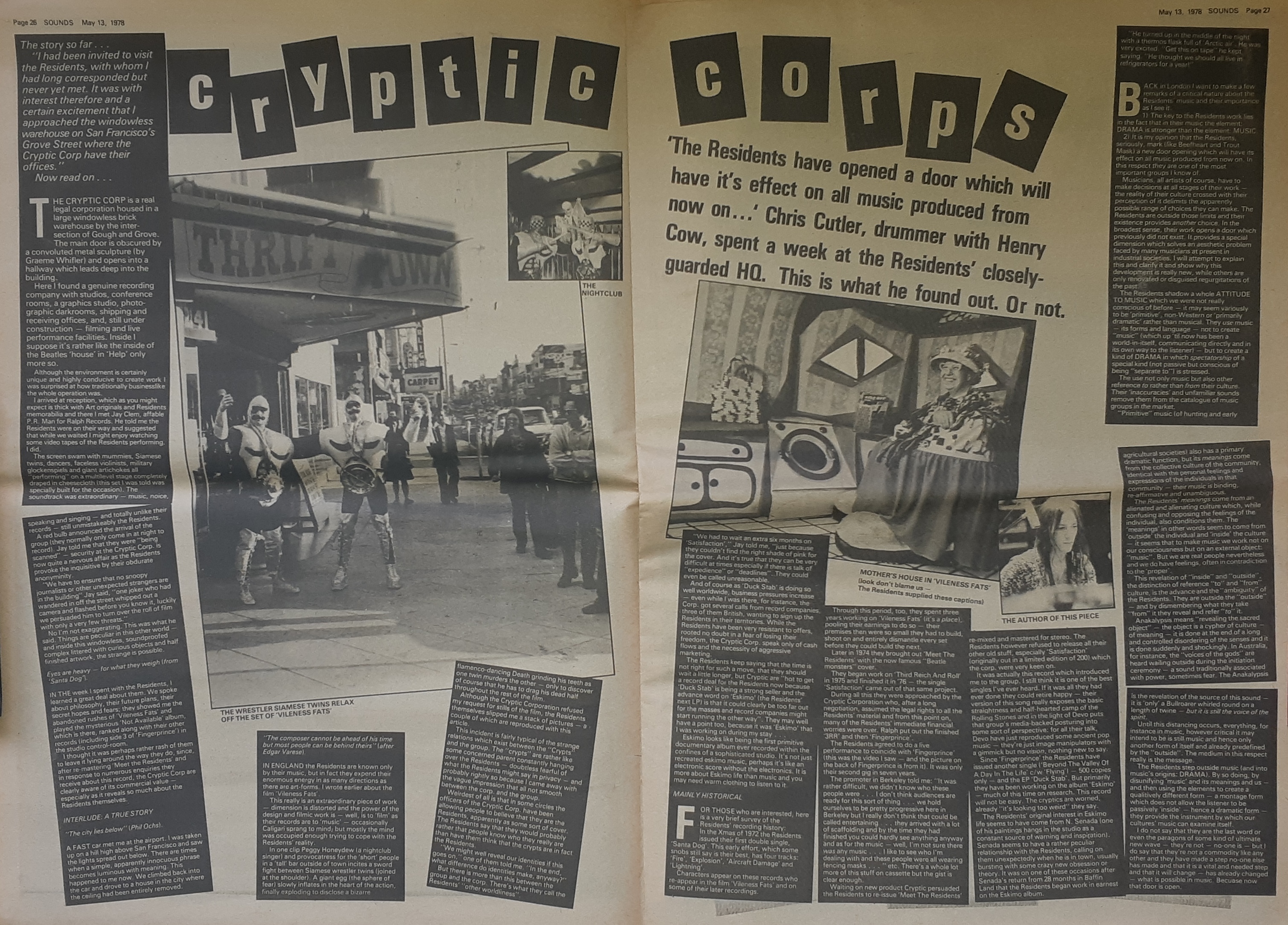 Posted by SIMON REYNOLDS at 11:33 AM No comments:

Posted by SIMON REYNOLDS at 11:12 AM No comments: 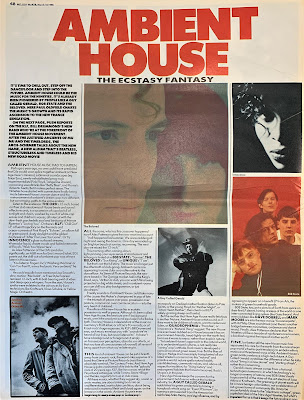 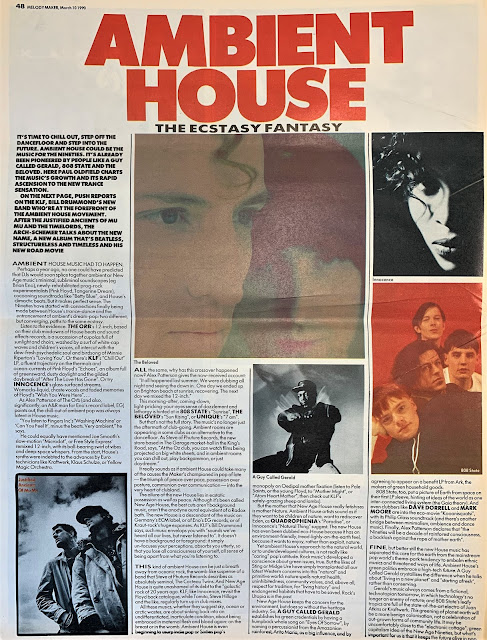 Posted by SIMON REYNOLDS at 1:22 PM No comments:

Posted by SIMON REYNOLDS at 2:47 PM No comments: 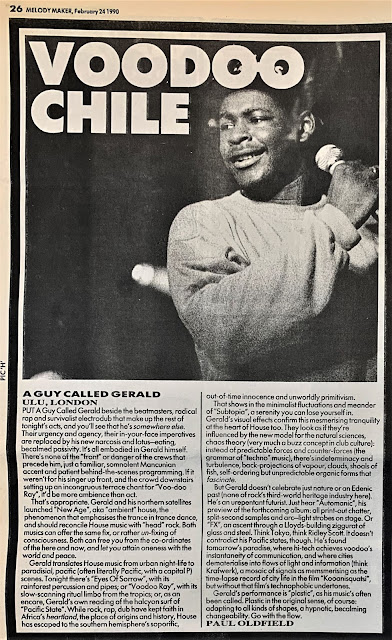 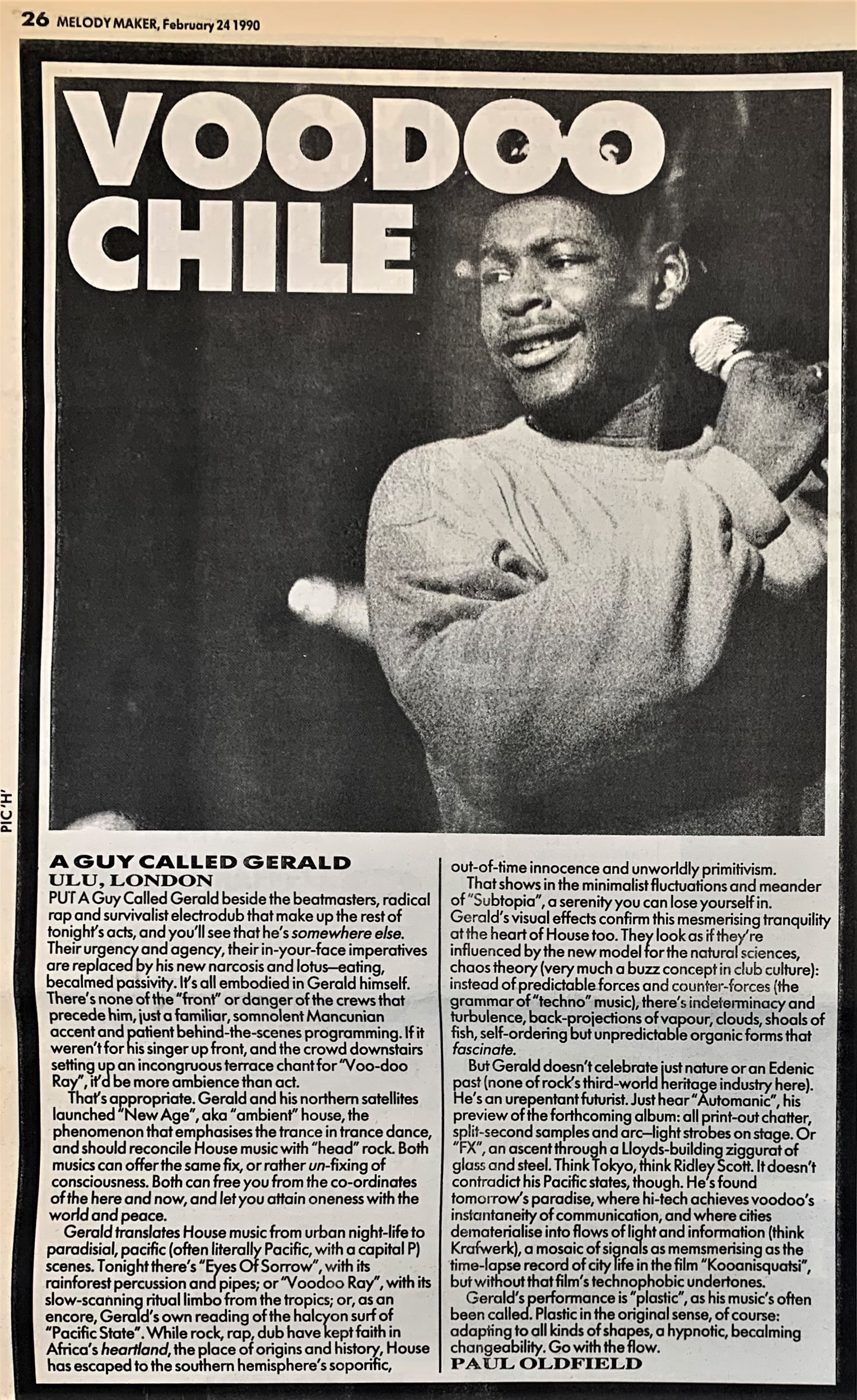 Posted by SIMON REYNOLDS at 3:05 PM No comments: