I have been accused of being a Garry Bushell fan. (Admittedly just by one, slightly potty person). Not at all - but there's no denying he was a phenomenon, and it's a certainly an interesting arc, from a paid-up member of the SWP (who referenced Brecht in his review of Gang of Four's Entertainment - see below) to a "telly" columnist  for The Daily Star.

In Sounds he identified an aesthetic and formed + named a movement - you may not like it, I may not like it, it might even have been problematic. Still, there's not many music journalists you can say who molded an actual youth subculture. And in the positive side of the ledger, Gazza was early to celebrate 2 Tone and wrote about a lot of good bands, including The Ruts.

He got flak almost from the start (see below) and well deservedly. The Oi! compilation liner notes are a retrograde embarrassment.

Still, I think we can see that quite a bit of the loathing for Oi! came from the same place as Chav-snobbery.

Somewhere there must surely be an academic paper titled:

"Fear of the Oi! Polloi: Images of the British Working Class from Butskellism to Bushellism". 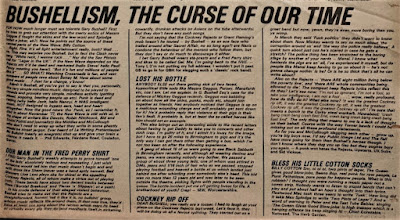 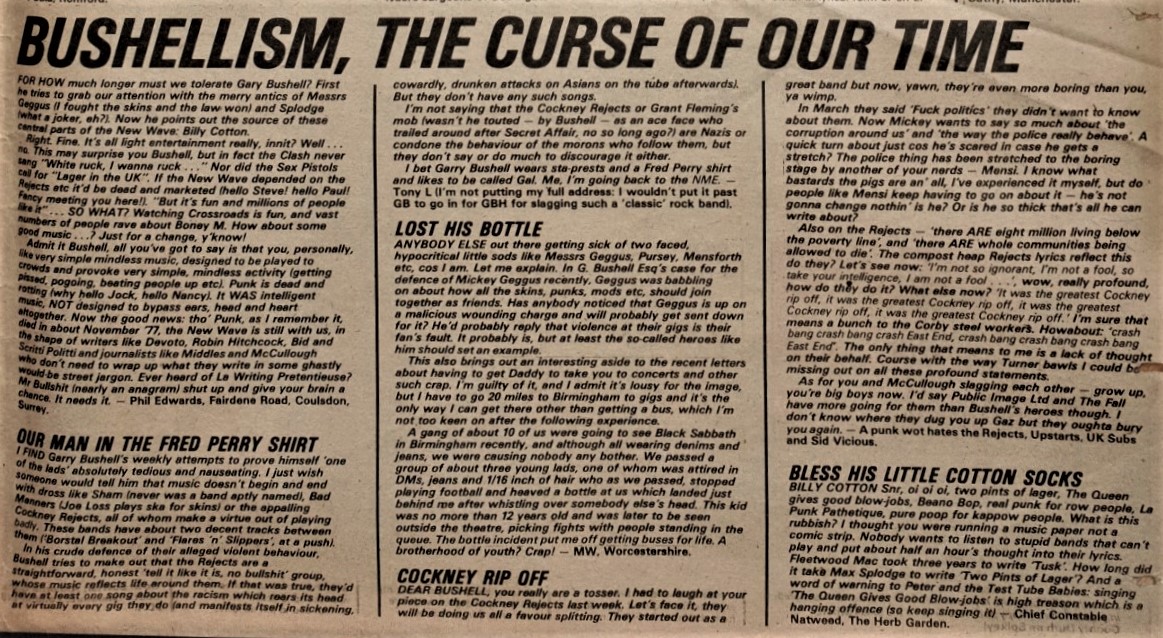 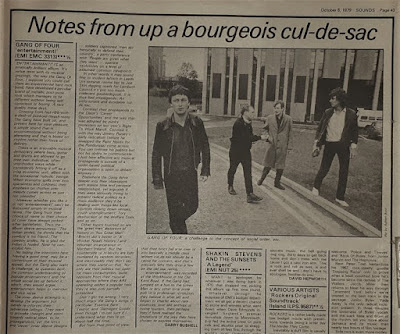 Interesting that at the start, Bushell and Dave McCullough were allies (see below) - before Dave went off in what Gazza would think of as the pseud direction out of punk. This is the not the only piece where they shared a byline - they jointly interviewed The Clash and I think there's a slag off with both their bylines on it of  Alternative TV's Vibing Up the Senile Man. 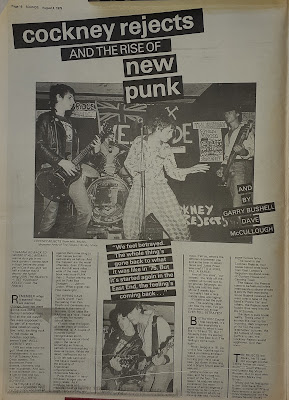 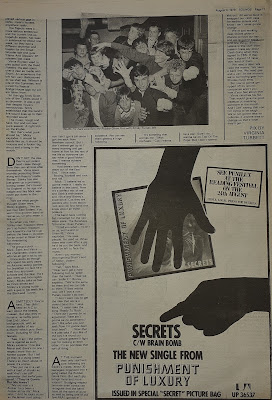 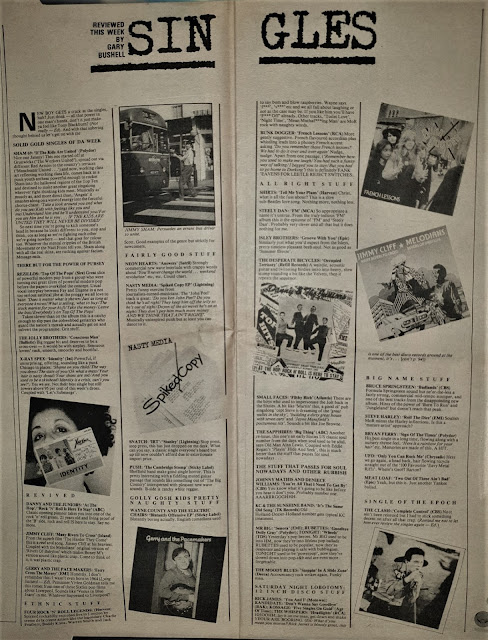