A proposal by me and Paul Oldfield, to write something - a contribution to a volume of essays? a thinkpiece in Melody Maker or somewhere else? an actual book?  I really can't remember, which is slightly terrifying - on the music of the Sixties. This would have been penned in the late Eighties, when the absence of serious study of psychedelia-as-music was actually a genuine deficit. (Not sure if this is the case nowadays - given books like Rob Chapman's Psychedelia and Other Colours - although I sense that in academia, psychedelia is not taken seriously in itself apart from being the soundtrack to the era of counterculture). Although written up by me, a lot of the ideas here are from Paul, who was at this time finding strange echoes of this era (or his vision of this era) in contemporary groups as diverse as Das Damen and Apple Mosaic. Some of what is proposed in this, er, proposal ended up being dealt with in part two of The Sex Revolts, which looks at psychedelia, cosmic rock, and ambient through the lens of gender.

The music of the psychedelic era has not been given much
serious consideration. At best it is denigrated as
apolitical, at worst as regressive, solipsistic, nonsensical.
Traditional rock criticism, whether social realist or
humanist lit-crit in orientation, privileges authenticity,
commitment, relevance.  Hardly surprising, then, that it can
find little "worthwhile" or "valid" in psychedelia: a music
that's neither overtly confrontational nor contestatory, and
that doesn't seem to make a clearcut contribution to the
social struggles of its time.

Our reappraisal of psychedelia will start from the
premise that what's valuable about psychedelia is precisely
its "nonsense". We will focus on the very opacity,
indeterminacy, and chaotic contradictions that prove such
intractable material for a rock criticism whose preferred
mode of operation is elucidation and validation.

Our contention is that what happens in the psychedelia
of the mid to late Sixties is a deconstruction of the
subject, of gender; a collapse of identity and a crisis of
signification, that is the source of both bliss and terror.
As such it prefigures the schizophrenic tendencies of post-
modernism as extensively documented this decade.

Through a survey of the imagery of the counter culture,
in its various stages, and in its various forms (lyrics,
record sleeves, gestures in performance, critical language),
we hope to uncover the utopian aspirations and impossible
desires encoded therein.  At the same time we will attend to
what lay behind trends and innovations in vocal style,
production, arrangements, new instruments, inputs and
influences etc.

What were the the impulses behind the obsessions with
with Medievalism, pastoralism, Edwardian and Victorian
imagery, mystical/oceanic/fantastical imagery etc.?

Our study will look at the work of both  commercially
successful groups (The Kinks, The Stones, Cream, Pink Floyd,
Tyrannosaurus Rex, Pretty Things) and more obscure, but often more extreme groups (John's Children, The Eyes, The Creation, Art, Tomorrow, Nirvana, Incredible String Band).  The investigation will necessarily link up at various points with what was happening in America (particularly West Coast acid rock like Love, Grateful Dead, Jefferson Airplane, Quicksilver Messenger Service, Moby Grape, The Byrds). But it's primary focus will be the English scene as it developed from the "freakbeat" groups of 66/67 (Mods on LSD) through flower power, to the cosmic rock of late Sixties.

Hopefully, where this investigation will link up with the
wider subject of 'cultural revolution' is in its location of
two distinct and contradictory tendencies within psychedelia:
on the one hand, a longing for a lost Golden Age or Eden (an
Apollonian, pastoral tendency); on the other hand, a lust for
apocalypse (a Dionysiac, carnivalesque tendency).
^^^^^^^^^^^^^^^^^^^^^^^^
Paul was obsessed with this song
Paul was particularly fascinated by the cover of this late-psych album (very late - 1917) by Nirvana - the nullity, the blankness, the immobility. 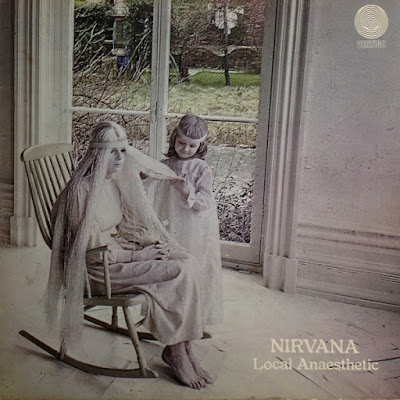 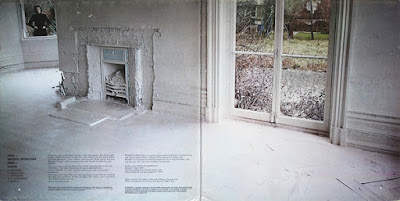 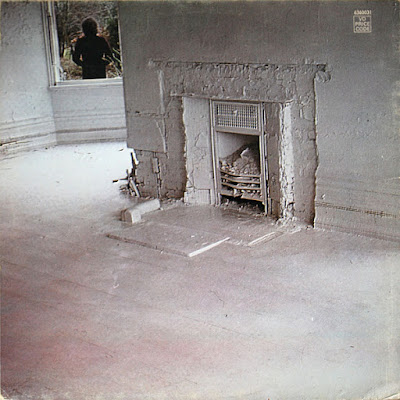 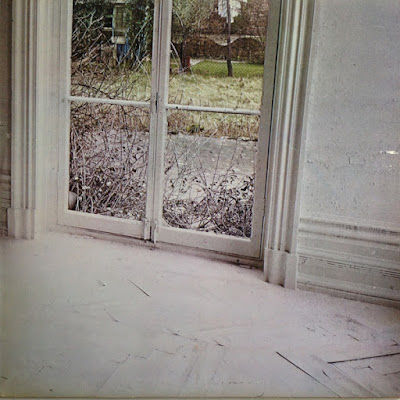 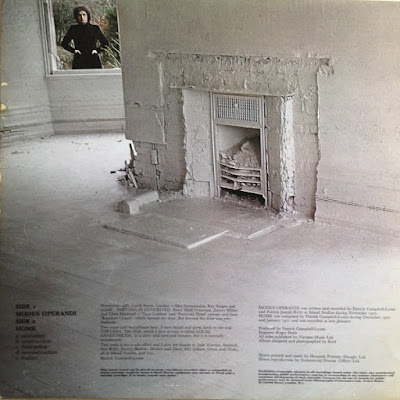